Latvia: when higher consumption taxes push down state revenues – rather than consumption 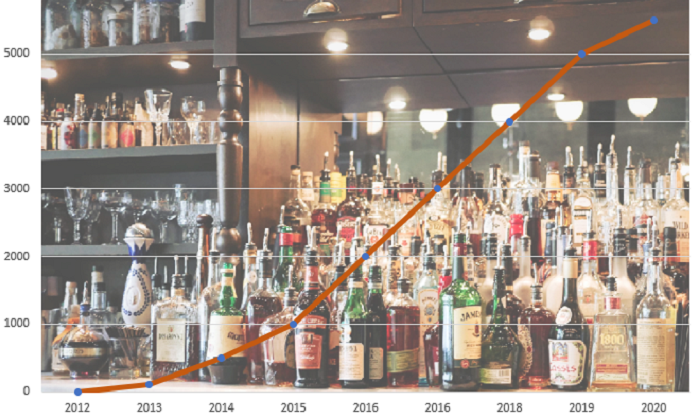 Over the past decade, excise duties on spirits were ramped up by a staggering +86% in Lativa. Yet, still, overall alcohol consumption levels in the country have barely changed in the meantime. The diverging trends confirm once more that the consumption tax policy measures are – more often than not – unsuitable tools to reduce consumption: in 2008, the per capita alcohol consumption in Latvia was around 12 litres of pure alcohol per year. 10 years later, and with a 86% tax hike in place, consumption levels were at around 11.3 litres. At the same time, the illicit alocol market in Latvia is by now estimated to be around 25%.

Following a temporary -15% decrease in excise duty (to align with the lowering of tax levels in neighbouring Estonia) last summer, Latvia is once again proposing another tax increase on spirits, wine and beer which is set to come into force on 1st March 2020. However, while the +5% increase is unlikely to reduce consumption, the step risks to reduce the government’s revenue collection by around €5 million, according to the forecast by the Latvian Alcohol Industry Association LANA. Estonia is a warning example. There, successive excise tax hikes between 2016 and 2018 had resulted in a €41 million loss in revenues collected, amidsts an actual increase of alcohol consumption in Estonia by around +1% in 2017.

Tax policies must be carefully designed in ways that ensure that any projected taxes can actually be collected and are not lost by an unvoluntary – and undesirable – push towards illicit business. Should the excise tax be raised again by 5% next month, it is likely that the government will once again collect less taxes – taxes that will be lost for other important investments in Latvia.